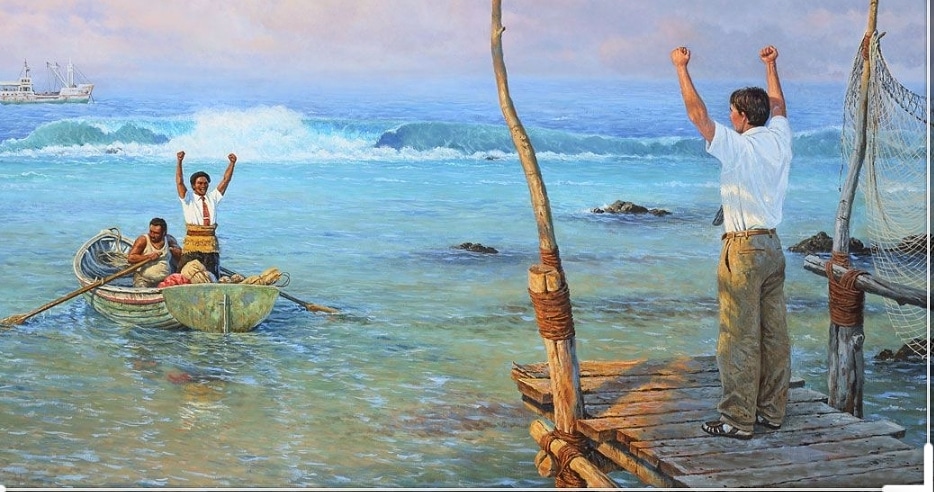 I’m a regular listener to the Latter-day Lives podcast. I’ve blogged about it before and I’ve even been a guest before.  I had lunch with the creator and host Shawn Rapier, a dear friend, when he told me out of the blue one day that he was going to start a podcast.  I thought it sounded great as he told me about the format and what he thought it would be like. Now as it is approaching 100 episodes, I haven’t been disappointed yet. It’s always entertaining and interesting as he interviews a wide variety of people who happen to be Latter-day Saints. (Members of The Church of Jesus Christ of Latter-day Saints).  I’ve even been listening to Shawn on the podcast when he’s called me and interrupted me. I always am a little confused as to why Shawn would be interrupting me while I am already listening to him.  I have to remember that we weren’t actually talking, and that it’s just a podcast. So I’ll just take his call and tell him, “Hey, can you call me back because I was kind of busy listening to you already.”  Geesh. Some people.

I loved the original movie and book, The Other Side of Heaven, about Elder Groberg’s mission to Tonga in the 1950’s. It was inspiring and uplifting as the story is told of him going on a mission and traveling to a tiny island where he had many incredible experiences as he shared the gospel of Jesus Christ and built up the Church.

Later in life he and his wife while parents of young children were called again back to Tonga to serve as mission president. This is the basis for the second movie which is also based on a book written by Elder Groberg, called “Fire of Faith.”

At one point in the podcast Mitch Davis says that wherever you are in the United States, you should be able to see the movie, which was in theaters nationwide. I got excited, but quickly found out after a search on my phone, that the closest theater was 3 hours away from Port Angeles, in Tacoma.  I kept thinking about it, and wondered if there wasn’t a way that we could bring this movie to Port Angeles, Washington. We have several wards in the area, and I was sure that I wasn’t the only one who would want to see it. Right?

I contacted the movie’s distribution arm and asked about a private showing at the Deer Park Cinemas here in Port Angeles. They got in contact with Deer Park Cinemas, and arranged for me to rent a theater out. I would just have to pay for 101 seats, at $12 each.  I’m no math genius, but that sounded a lot like $1,200 to me. $1,212.00 to be exact.

So I talked to my wife about it. I started by saying, “You know how sometimes I get crazy ideas?” After I told her what I was thinking, she was on board. So I went for it. I rented the entire theater. I have 5 children living at home, me, and my wife. Already 7 tickets sold! Well, kind of. Only 94 more to go! I created an eventbrite private showing and started to get the word around to our ward and the other surrounding wards.  Slowly tickets started selling. 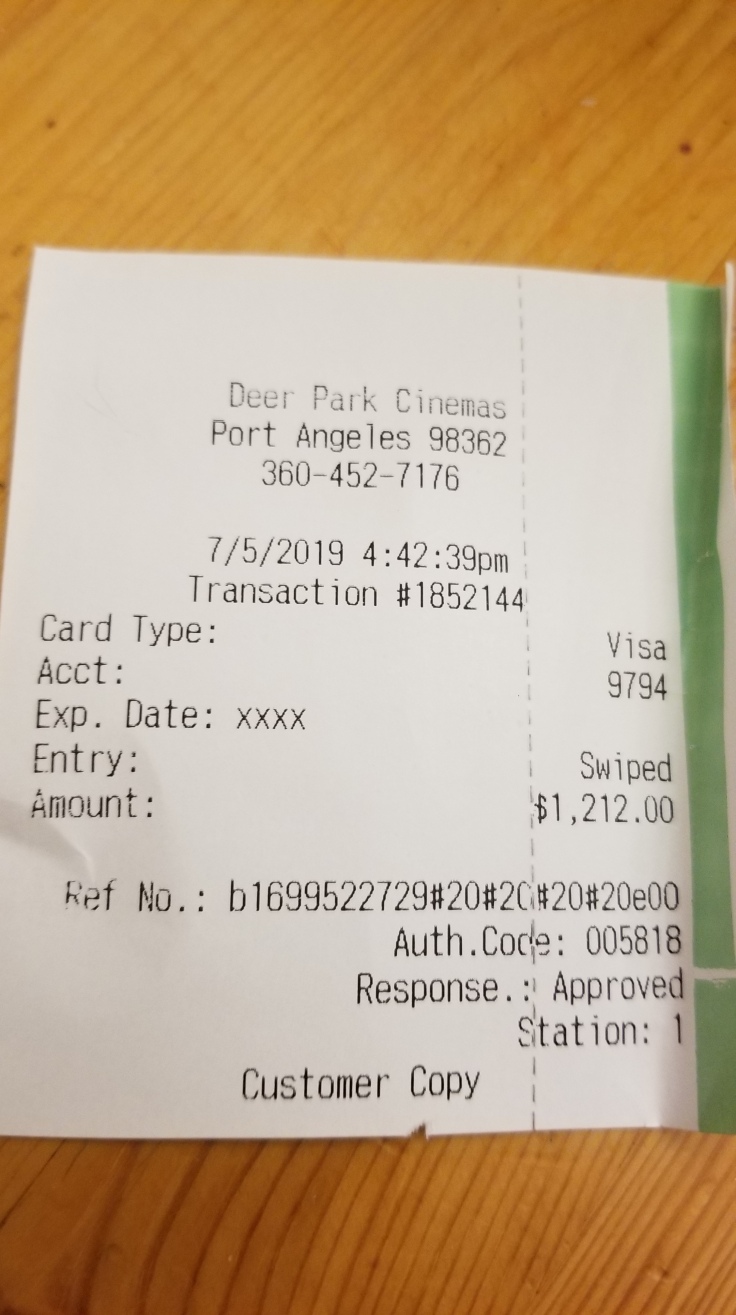 When there were only a couple of days left before the show and we still needed to sell another 30 tickets, I think my wife’s support started waning a bit, but thanks to her and my daughter getting the word out again on some church-related Facebook groups, we sold every single ticket! Hurrah for Israel! It was pretty cool.

I was still a little nervous about how it would all pan out at the theater and if everyone would get the seats they wanted. I had some ask for the front row, some ask for the back row, and I just tried to get people seated together the best I could, but it was more or less open seating. Once the movie started, I finally relaxed, and I got to say, it was an incredible movie. It won’t win any awards for special effects, and it may not be the best movie you’ll ever see, but I really enjoyed it a lot. I cried throughout it. I laughed. My kids laughed. I laughed at my son Xavier laughing.  And at the end, I was uplifted and inspired. Well done Mitch Davis! What an incredible story to be told.

Elder Groberg later served as a general authority in the Church while Elder Thomas S. Monson served as an apostle. They had worked together while Elder Groberg was a mission president and Elder Monson is depicted in the movie in several parts.  Elder Monson would later become president of the Church. Elder Monson actually encouraged Elder Groberg to write a book about his experiences of his mission and as a mission president in Tonga. As someone who has seen Elder (and later President) Monson for as long as I can remember during General Conference, it was a sweet experience to see him portrayed as a younger man and the actor they cast for the part was spot on.

If you loved the first movie, you’ll definitely love this movie. If you haven’t seen the first, you’ll want to go back and watch it just because of how endearing the characters are. They are both special heart-touching movies. There were a couple of recent converts to the Church who attended the movie and they both told me how much they loved the movie and how they now want to see the first movie. I think we’ll have them over for a movie night and watch it.

So while it was stressful to spend the money and not know if we’d sell the tickets, it ended up being what I hoped it would be. I was so happy to see all of these Latter-day saints coming into the theater, smiling and thanking me for putting it together. I didn’t make a dime on the movie. It wasn’t about that. It was wanting to get the movie to Port Angeles and providing a way for these people who love the gospel, love missionaries, and love good wholesome, clean entertainment an opportunity to see this incredible movie on the big screen in their hometown. It’s a movie I wanted my children to see. They all loved it. The entire audience stayed until the last credit had rolled and then everyone erupted in applause. It was that good. 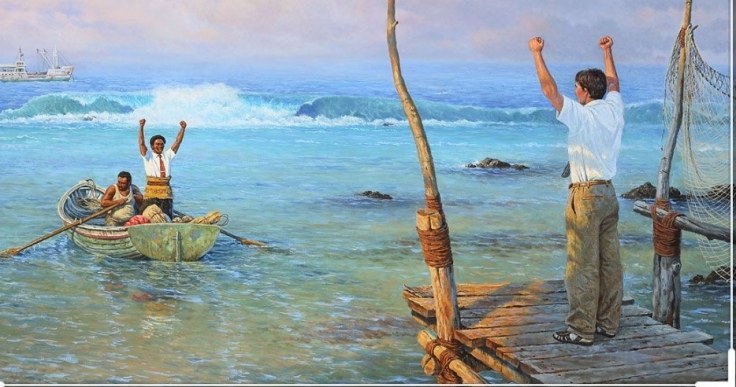 About the movie Elder Groberg said, “We just hope these movies will increase faith throughout the world.”  I can say that in Port Angeles, it has. At church today several people came up to me and thanked me again. It is the type of movie that has you thinking about it for the next few days. No matter your faith, or if you aren’t affiliated with a Church or faith, I’d encourage you to see it. The story transcends my particular faith and Church. It is our human connection with our family, with our neighbors, with God and our faith in Him our Creator and our Savior Jesus Christ.